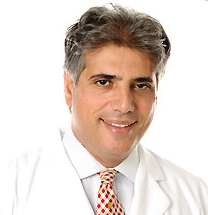 Kian Samimi, MD, FACS, Ph. D. is a board-certified Plastic Surgeon who has published and lectured on various areas of plastic surgery and is well-recognized among his peers for his contributions to plastic surgery. He is a member of the American Society of Plastic Surgeons and a Fellow of the American College of Surgeons. He is also fully trained in general surgery. Dr. Samimi was an Associate Professor and the Chief of the division of plastic surgery at the University of Arizona prior to relocating his practice to San Diego. He uses this experience gained in treating complex problems to provide every patient the best care possible.

Dr. Samimi has over twenty years of experience in cosmetic surgery and specializes in a number of cosmetic procedures such as Face Lifts, breast surgery, body contouring and fat injections.

Dr. Samimi and his team at RevivaMed also offer procedures such as laser treatments, thread lifts, PRP treatments and Botox and fillers.

As one of the first American medical teams since 1974, Dr. Samimi traveled with two other plastic surgeons to Vietnam in 1997. They performed several hundred procedures on children with acquired and birth defects. Their travel was recorded in the documentary “A Story of Healing”, which was awarded an Oscar in the 1998 Academy Awards. This documentary has been broadcast on television stations throughout the United States.

Dr. Samimi was born and raised in Duesseldorf, Germany. His first experiences in medicine were from visiting his father’s office, who was a well-respected pediatrician. Being raised in the fashion capital of Germany, Dr. Samimi started working as a fashion photographer during high school. This allowed him to develop an appreciation for human beauty early in his life.

Graduating in the top of his class, he entered medical school in Duesseldorf. He had the opportunity to work with some of Europe’s most well-known plastic surgeons during medical school and was fascinated by this field. It not only required a sound knowledge of medicine and surgical principles, but also a creative mind and appreciation of aesthetics. As his family had moved to the United States while he was in medical school, Dr. Samimi attended his clinical training in the United States.
He first completed training in general surgery at the University of Illinois in Chicago. Most of his time was spent at Cook County Hospital, teaching him not only surgical skills and decision-making, but also respect and compassion for people less fortunate.

His training in plastic surgery was at the University of Utah in Salt Lake City. Here he trained under a group of very accomplished plastic surgeons, including Dr. Graham Lister. He acquired experience in all areas of plastic surgery.

He started his practice at the University of Arizona in Tucson. Two years later he became the Division Chief and headed the Division of Plastic Surgery for seven years. Other than his university and cosmetic practice, Dr. Samimi provided care at the VA hospital and children’s clinic.

His wife, Dr. Roya Kohani, and he decided to raise their children closer to their families and relocated their practices to San Diego in 2006. Dr. Samimi is now in private practice in San Diego and a Clinical Associate Professor of Surgery at UCSD and the University of Arizona. Dr. Samimi also has offices in the Gaslamp Quarter, La Jolla and Murrieta.

In addition to numerous publications in the field of plastic surgery, Dr. Samimi continues to nationally lecture on plastic surgery and is a reviewer for the Arizona and California Medical Boards.